The Golden Quadrilateral project linking four metro cities of Delhi, Mumbai, Chennai and Kolkata and its two diagonals (Delhi to Chennai and Mumbai to Kolkata) comprise a total route length of 10,122 km. These constitute 16% of the total Indian Railways network but carries more than 58% of the total freight traffic. This leads to high line capacity utilisation of 115% to 150% on these routes. Due to this consistently high capacity utilisation, rail share of freight traffic has declined from 83% in 1950-51 to 35% in 2011-12 as traffic has shifted to other modes. Even the road network along this route is highly congested comprising 0.5% of the total road length but carrying 40% of the total road freight.1

Considering the urgent need to decongest these routes and developments such as the Government’s boost to infrastructure development, the idea of a Dedicated Freight Corridor (DFC) was conceived and announced in April 2005. This is also a sustainable solution as DFC will save more than 450 million tonnes of carbon dioxide in its first 30 years of operation through technology interventions such as communication based train control(CBTC), driver advice system, regenerative braking, aerodynamic profiling in rolling stock and onboard lubrication system.2 DFC is being developed over a total length of 2,843 km (Eastern DFC 1,337 km and Western DFC 1,506 km) at cost of INR 1.24 lakh crore (cost under revision) through loan agreements with Japan International Cooperation Agency (JICA) and the World Bank.3 Both the Eastern and Western DFCs have a tentative completion timeline of June 2022, which could be delayed due to impact of Covid-19 on project development.4

Modifications are being made to the basic design features of wagons to enhance their carrying capacity and enable movement of heavier loads at higher speeds. The project is also sourcing equipment from Indian manufacturers under Make in India..5

DFC is being undertaken over multiple phases. On the Eastern Corridor, Khurja to Bhaupur section of 351 km was commissioned on December 29, 2020, and regular trains are running on the section. The trial run on the Ganjkhwaja to New Chirailpathu section of 100 km was conducted on March 31, 2021. On the Western DFC, the Rewari to Madar section of 306 km has been commissioned and 1,033 trains have run on the section. Trial run shave also been completed on the 143 km Madar to Marwar section and 204 km Marwar to Palanpur section. Completion of both the DFCs is expected to be delayed due to impact of Covid-19.

Potential movement of cement and input materials on DFC

DFC is located near important cement clusters of India. The Western DFC is passing through Rajasthan and Maharashtra where the Chanderia and Chandrapur cement clusters are respectively located. The Eastern DFC is located near the important cement clusters of Satna and Bilaspur, which could lead to potential cement movement. The Eastern DFC can also see movement of raw materials such as coal, fly ash and slag to the industry. These, however, depend on the feasibility of operations. There are also certain queries, for instance the kind of investment and specialised rolling stock the industry should consider to allow for successful high axle load movement on DFC and the infrastructure upgradation required for inward/outward traffic movement at the cement plant, which the industry needs clarity on. Under such a scenario, regular stakeholder consultation become crucial to develop a holistic perception in the matter. Once necessary clarity is received, the Cement Industry can positively consider DFC, which allows for improved turnaround time, logistics certainty and the ability for moving a larger consignment size at higher speeds.

As DFC is a mega infrastructure project, it is important that a holistic perception is developed taking into consideration the views of all the stakeholders involved. Such a consultative approach will not only promote inclusive growth but also lead to economic development while encouraging the Cement Industry to positively consider moving cement and input materials on the DFC. Given the huge potential that both the DFC and Cement Industry can offer, it can be a win-win partnership for all the stakeholders involved. 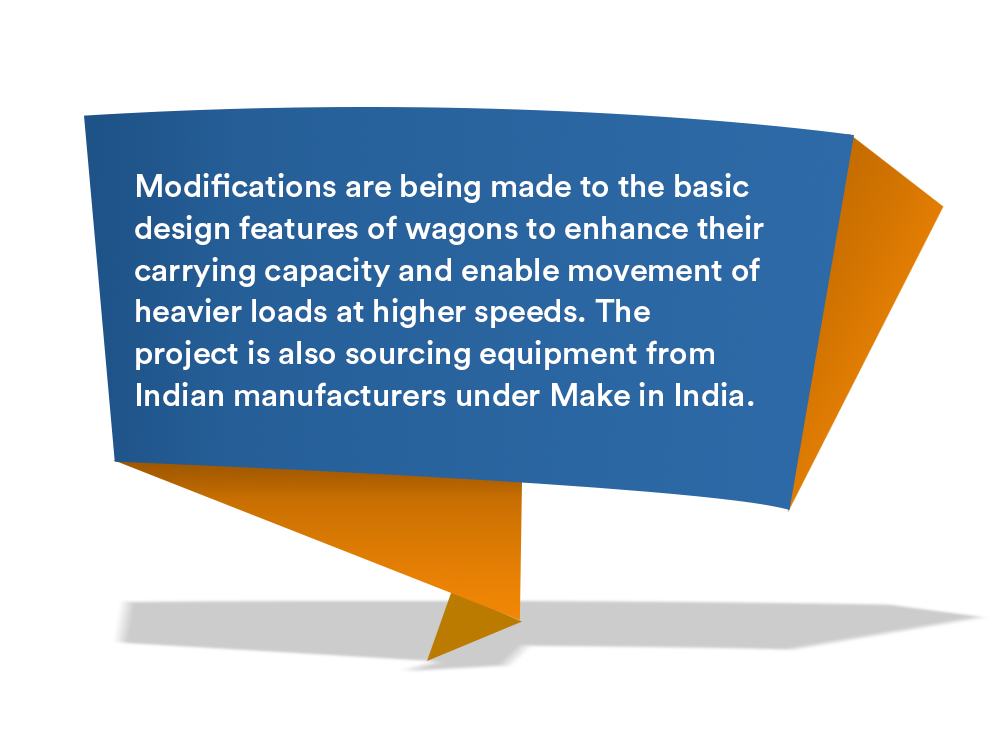