Cement Industry: Advancing the nation, one tonne at a time

The Indian Cement Industry is one of the eight core industries of India. It is a large Industry and makes a significant contribution towards economic development and inclusive growth. The overall impact that the industry has on the economy is substantiated by the multiplier effect of 4.16x on economic output, 1.53x on Gross Domestic Product (GDP), 0.51x on rural household consumption and 0.52x on urban household consumption. Moreover, for every million tonne of installed cement production capacity, 20,000 downstream jobs are created.1

The Indian Cement Industry has made significant investments to the tune of INR 3,75,000 crore in India. It is the second largest Cement Industry in the world with an installed capacity of 565 million tonnes.2 It is also a global leader in technological advancement. For instance, many Indian Cement plants have adopted the Best Available Technologies (BAT) and operate close to the thermodynamic limit of the cement manufacturing process, earning the Indian Cement Industry the recognition of globally being the most energy efficient. Cement is also one of the critical input materials shaping the growth of the Country through infrastructure development. This highlights the necessity of ensuring that cement operations are sustained unhampered for the progress of the nation at large.

Considering the substantial contribution that the Cement Industry has on the overall economy and the investments made by the industry in India, it is vital that the Cement Industry operations are sustained on an ongoing basis with minimal disruptions. Impediments to sustained operations, such as the recent priority allocation of BOXN rakes to the Power Sector, should be minimised or even removed for best results.

Such impediments have the potential to stall national progress by impacting cement production. For instance, the sudden reduction of BOXN rake allocation to the Cement Industry led to critical levels of clinker at the grinding units and also hampered the movement of input materials, such as coal and petcoke, to the integrated cement plants impacting cement production. This could also potentially affect the dispatch of cement on BCN and BCNHL rakes and impact revenue of the Indian Railways.

It is important to note that after CMA made a detailed representation to the Railway Board on the issue of unavailability of BOXN rakes for movement of clinker and input materials, the issue was resolved on a priority basis by the Railway Board. Considering that a significant portion of the Cement Industry freight is moved on Rail, it is imperative that BOXN rake availability be ensured to the Cement Industry for moving clinker and input materials so that cement production is not hampered. It is important to align with the Government’s thinking on enhancing the Ease of Doing Business (EoDB) and for that, such impediments to operational sustainability should be minimised and should even not arise in the first place.

Considering the developments in the market and the Government’s thought process for accelerating national growth through infrastructure development, it is important to ensure that the operations of an eight core industry are not hampered. In this direction, smooth movement of input materials forms a critical aspect and for that regular availability of rakes, such as BOXN rakes, needs to be maintained on a consistent basis. This would provide a win-win solution for all the stakeholders involved and also contribute immensely to national progress. 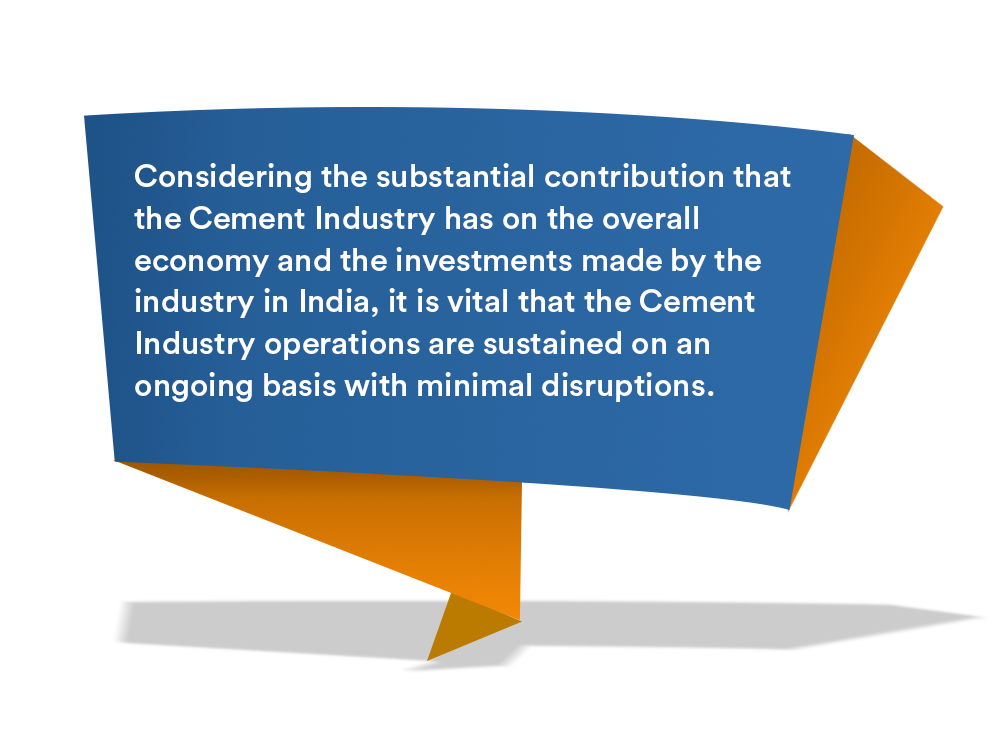