Busting the myths around concrete roads

Expansion of road networks is vital for the economic development and inclusive growth of a nation. Roads bring multiple economic benefits by linking buyers to sellers, allowing workers to go to jobs, taking students to school etc. They are indispensable for the development of a nation.1

India is currently on a path of developing robust road infrastructure. Under the Bharatmala Pariyojana, a total road length of 64,942 km is being developed.2 Considering the significant benefits, which such a large road network can bring in the long run, it becomes crucial that a material is chosen, which is durable and has a long life. Concrete roads offer such a solution.3

Concrete roads are practically unaffected by weathering agents, have a higher load bearing capacity, offer superior ride quality and provide better illumination during the night making them energy efficient. It is an ideal choice for the construction of highways.4 It is for these reasons that major highways such as the Mumbai-Pune highway and the Yamuna Expressway etc, have been made using concrete.5 In fact, concrete roads have been in India since the time of the British. Mumbai’s Marine Drive was built as a concrete road. The road needed repair only in 2012, about 72 years after its initial construction. This highlights the long term advantage that concrete roads offer.6

A number of myths have proliferated around concrete roads, which have been listed below along with the correct reasoning for busting the myth.

Source: References provided at endnotes to the document

The benefits offered by concrete roads far outweigh the benefits offered by its alternatives. With significantly large scale road infrastructure being developed in India, it is important that concrete roads are increasingly used to create long term durable riding surfaces, which will be a win-win solution for all the stakeholders involved. Under such a scenario, regular stakeholder consultation become crucial to develop a holistic perception in the matter. 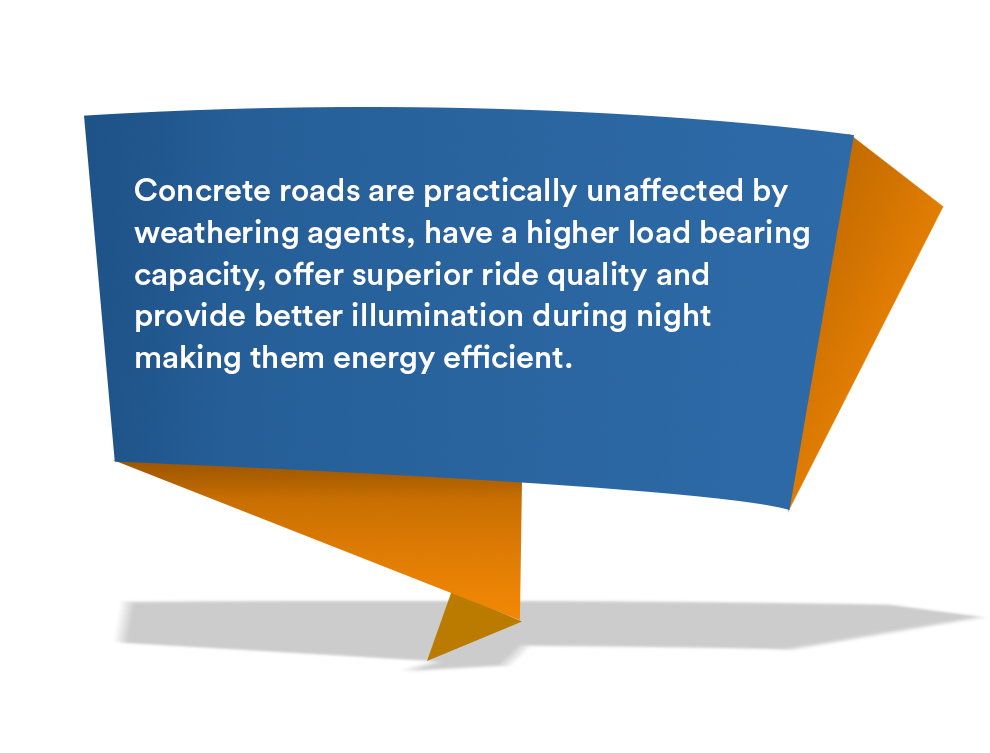