India is the second largest producer as well as consumer of Cement. Limestone is the principal raw material required for cement manufacturing. Fortunately, India is endowed with diverse mineral wealth, including surplus resources of limestone. Over the past decade, barring the pandemic affected period, the requirement of limestone in India has exponentially grown owing to the growth and expansion of the cement sector, which alone accounts for almost 95% of the Country’s total limestone consumption.

Estimated growth of limestone requirement by the Indian Cement Industry 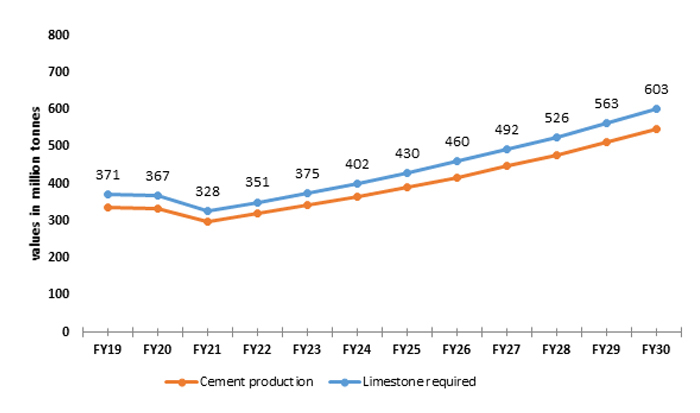 Source: Office of the Economic Adviser, DPIIT, Ministry of Commerce & Industry, Government of India; CMA estimates based on general assumptions.

A closer look at the above chart indicates that the limestone requirement can be expected to double over the next 10 years. By 2030, the cumulative demand for limestone would be around 4,664 million tonnes (MT). As of 2015 assessment, India’s total resources of limestone has been estimated at 2,03,224 MT, which indicates that India is comfortably placed to cater to the domestic needs for many more decades. There is however, an uncertainty with timely supplies of limestone mineral as only 8,558 MT of cement grade limestone resource is proved as mineable reserve to date. Figure illustrates the latest position of resource to reserve stock of limestone mineral in India. 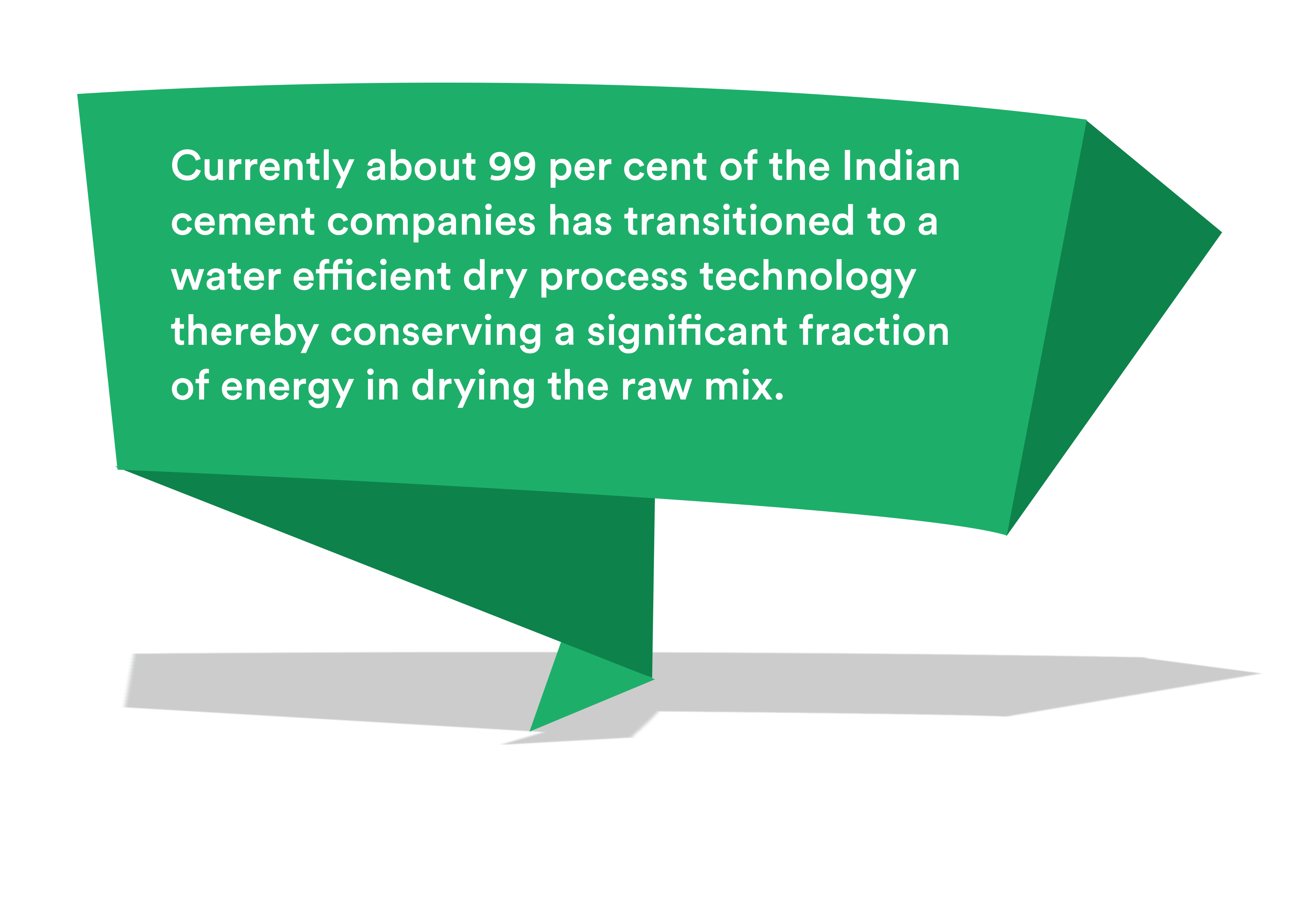