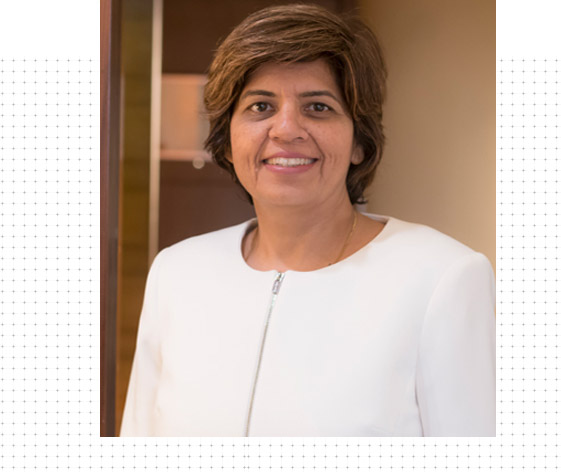 A Brand Strategist and Communications Expert, she has been the Founding Member and Chief Executive Officer, India Brand Equity Foundation (IBEF), a US$ 40 million Trust established by the Ministry of Commerce, Government of India, to promote the Made in India label in markets overseas.

She also consulted with Ernst & Young LLP, India, where she enabled various state governments articulate their brand management and positioning strategy with a particular focus on investment promotion campaigns, both within India and overseas markets. She has been an Expert Observer – Asia with the prestigious Place Brand Observer journal, New Zealand, and a Member of the Advisory Board, Nation/Place Brand Global Forum, London. Ms Sharma has also been a guest lecturer at IIT, Roorkee, on the subjects of nation and sector branding.

Ms Aparna Dutt Sharma has about 30 years of rich work experience in leadership roles in dynamic environments across national, international and corporate institutions of repute. Her specialisms include nation/state/sectoral brand strategy, marketing communications, public affairs, media, international trade promotion and business advisory. Ms Sharma has a successful track record of leading high impact led nation brand initiatives across all forms of media globally in more than 25 countries besides strategic sectoral brand promotion campaigns under the aegis of the Ministry of Commerce, Government of India.

Ms Sharma has been Vice President of World Association of Investment Promotion Agencies (WAIPA) based in Geneva. WAIPA comprises investment promotion agencies from more than 130 countries in the world.

Ms Sharma is credited with leading country brand and investment promotion modules and strategy workshops for UNCTAD for overseas markets. She has been a Member of core group invited by the Prime Minister of Bhutan in 2015 to promote Brand Bhutan. She has been the spokesperson for the Department of Commerce, Government of India, for major advocacy sectoral campaigns.

Fluent in the Italian language, she has also studied Spanish language. She is passionate about engaging and writing on nation, state and sector brands. A Member of the Swiss Women’s Brain Project, mental health and well being is a subject of interest for her.